You are here: Home › Bright Spots › The Call me way – a purpose-driven dream 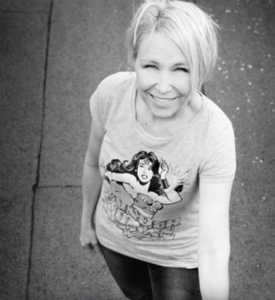 Call me is small Danish mobile phone operator – one of a dozen fighting brands. In March 2011, like the rest of the industry, Call me was caught in a deep trench, where business was all about being 10 kroner cheaper than your competitor and selling discounted phones to customers in an attempt to win them over.

Annual customer defection rates of 40-50% among most operators were not uncommon and the industry spent in excess of 1 billion kroner each and every year in advertising. Yes, they lose 4-5 in 10 customers each year and have to spend millions winning over new customers to replace them. Because, as it turns out, most people will admit to having changed their mobile phone provider several times over the last few years because of price or promotion – or both. Some change every 6 months.

In other words the mobile phone industry was characterised by rampant customer disloyalty and as a result most operators were struggling to make money.

At that point Call me decided to stop playing by the conventional rules. Their new CEO Hanne Lindblad announced that she was fed up with the way the industry worked as a vicious hamster wheel. She took inspiration from companies in completely different industries, who had successfully moved away from manipulation as a way to attract customers – to inspiration. The companies included Zappos, Southwest Airlines, Zane’s Cycles and Wegmans. All companies whose customers not only come back time and time again, but rave to friends, family and even strangers.

These companies may be price competitive, but that’s not why they’re successful and why they turn millions of customers into raving fans. It’s because their customers are in love with them. Their customers are ambassadors and promoters of the kind that can drive explosive growth via mail, blogs and social media.

As it turns out these companies not only have a good standing among their customers. They also have a remarkably good standing among their employees and in society in general. What really distinguishes them is that they operate in accordance with the Golden Rule: One should treat others as one would like others to treat oneself. In short, these companies are purpose-driven, which gives them a license to operate and an abundance of social capital.

At Call me this epiphany led them to make a number of fundamental decisions, the first of which was to identify and write the company narrative. The second of which was that trust was the fundamental principle. They realized that their entire industry was permeated with mistrust. In customers, in employees, among business partners and legislators. And they decided to take a leap of faith and, as a core principle, trust each other and their customers. It became known in the organization as Call me’s trust strategy and its formation involved the whole company. At Christmas 2011 the employees had completed a culture book about the “The Call me way” in which everybody, including business partners, got a chance to write their opinion about Call me – completely uncensored.

So how does this translate into day-to-day actions? How does an employee know how to act and behave differently? To help this along the organization came up with 5 core values, which embody trust. They are:

Trust means always trusting people to do the right thing and sharing stories of people who live the values. One such story comes from the customer service department. Shortly before Christmas 2011 Hanne Lindblad wrote the following:

“Here are some examples of our skilled Community Agents having turned Detractors into Promoters. They fight and it goes really well.

We have also started working with Random Acts of Kindness, which is really exciting to work with, since there is no magic formula. But the concept is really powerful. Here is a story from today: One of our customers had talked to Bitten from our customer service the other day. The customer uses all her savings to fight for better animal welfare, so it’s important to her that her mobile phone bill doesn’t exceed her budgeted amount.

Bitten helped her check her minute usage and she subsequently asked Bitten if we were really so happy and kind as we sounded like or if we just pretended to… Bitten assured her that Call me is genuine all the way through :-) og Bitten ended up thanking the customer for her great efforts to improve animal welfare.

Bitten told me the story this morning and together we made the decision to give the customer a Christmas present from Call me. We credited her account 2,000 kroner which Bitten called her up and told her :-) She was so happy that she cried on the phone – and Bitten nearly did so too…”

The fight against bad language

A public manifestation of ‘The Call me way’ is the campaign “Tal ordentligt – det koster ikke noget” (Speak nicely, it’s free). The TV ads are attitude and opinion-based and problematize the Danes’ tendency to hurt each other using bad language. The fight against bad language became Call me’s cause and during 2012 it put this small mobile operator firmly on the map. The media and the public loved the ads (stripped of any mention of price and promotion), in which all roles were played by Call me employees, Hanne Lindblad appeared in TV talkshows and they won several awards for innovation and ingenuity.

Being a purpose-driven company has many positive side effects. Employee churn at Call me is now lower and number of sick days are at a record low. In general the employee engagement and happiness is much higher than it was before.

In the mobile phone industry customer churn rates are crucial, as every extra month an operator can keep the average customer, is worth millions in annual revenues.

Since Call me took its 180 degree turn, the customer churn rates have been reduced significantly and the Net Promoter Score (NPS) is among the best in the industry. And despite a raging price war among the other operators in Denmark, Call me has even managed to exceed its sales targets.

Call me is relentless in its pursuit of areas where it can make a difference, both for employees, customers and society in general.